Chile’s NDC update proposal was released for public consultation in October 2019 (Ministerio del Medio Ambiente de Chile, 2019). Its unconditional 2030 target has improved one CAT rating to ‘Insufficient’. Depending on the assumptions made, its conditional 2030 target would be 2°C or 1.5°C compatible, but only if it were unconditional. Both targets are more ambitious, therefore this update represents a progression beyond its current NDC.

Scroll down for a detailed analysis of Chile’s NDC update or click the button to view the latest CAT assessment for Chile.

The proposed unconditional NDC provides improvements in transparency, ambition and governance. If Chile were to officially adopt this plan, we would rate it “Insufficient.”

The “Insufficient” rating indicates that Chile’s proposed updated unconditional climate commitment in 2030 is not consistent with holding warming to below 2°C, let alone limiting it to 1.5°C as required under the Paris Agreement, and is instead consistent with warming between 2°C and 3°C. If all countries were to follow Chile’s approach, warming would reach over 2°C and up to 3°C. This means Chile’s climate commitment is at the least stringent end of what would be a fair share of global effort, and is not consistent with the Paris Agreement’s 1.5°C limit, unless other countries make much deeper reductions and comparably greater effort. 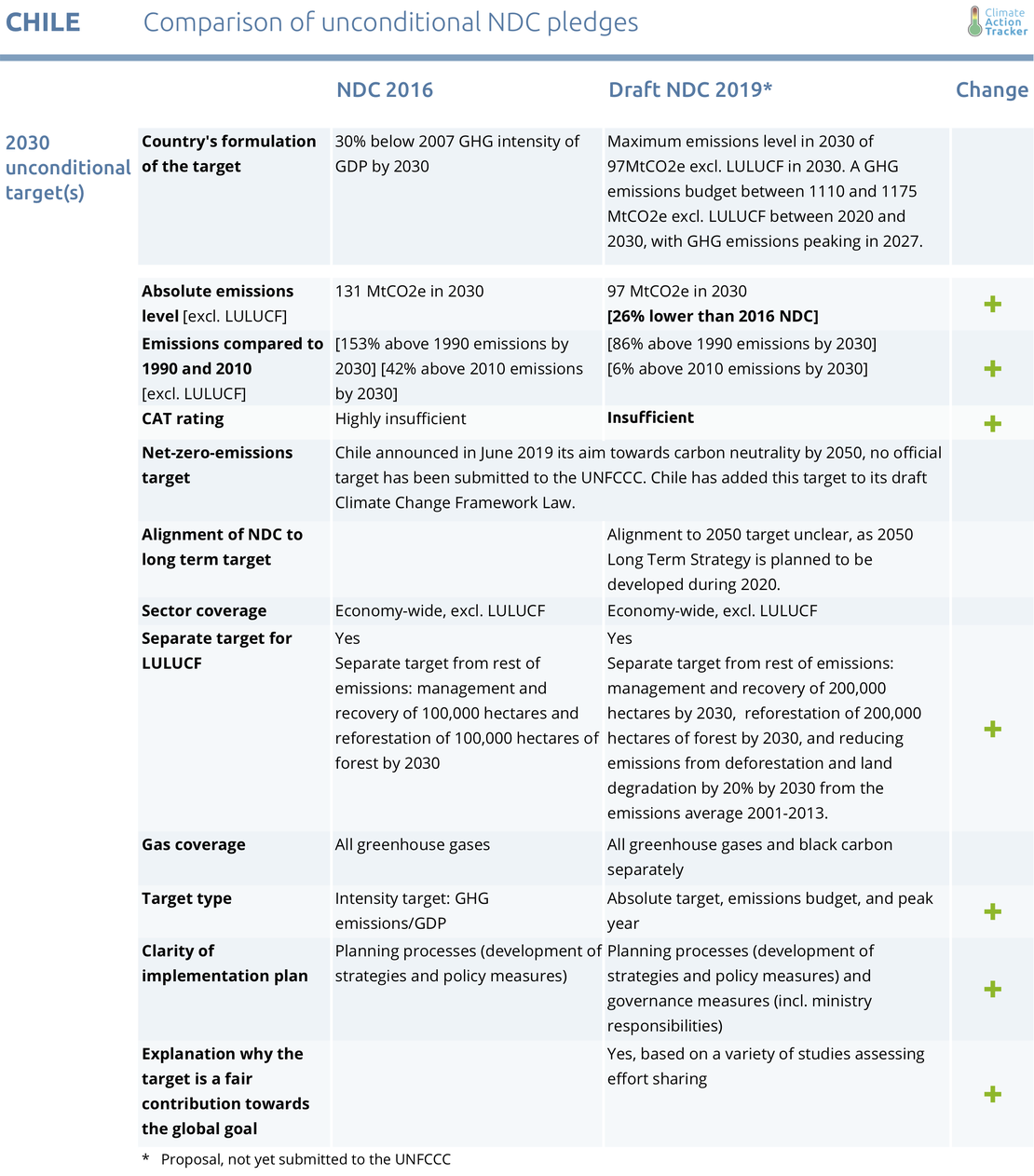 In addition, there are three sub-targets for the LULUCF sector:

This proposal specifies linking its 2030 target to its long-term goal for carbon-neutrality in 2050 as well as linking the NDC targets to planning processes involving governance, existing and future strategies including the “Long-term Climate Strategy 2050.”

The proposed updated conditional target - subject to climate finance - is close to or compatible with Chile’s fair share Paris Agreement’s 1.5°C range. However, in contrast to the unconditional NDC proposal, this target provides no clarity on sectoral coverage, rendering it difficult to evaluate. For our analysis we have assumed that reductions from “net emissions in 2016” refers to economy-wide emissions incl. LULUCF in 2016, and thus estimated a range of total emissions excl. LULUCF in 2030 based on the following assumptions:

Depending on the assumptions made, this target could be rated either “2°C compatible” or “1.5°C Paris Agreement compatible”, but only if it were unconditional. If this conditional target were to refer to a 45% GHG emission reductions from 2016 economy-wide emissions excl. LULUCF and were made without conditions, the CAT would rate it “1.5°C Paris Agreement compatible,” indicating efforts in the most stringent part of Chile’s fair share range. 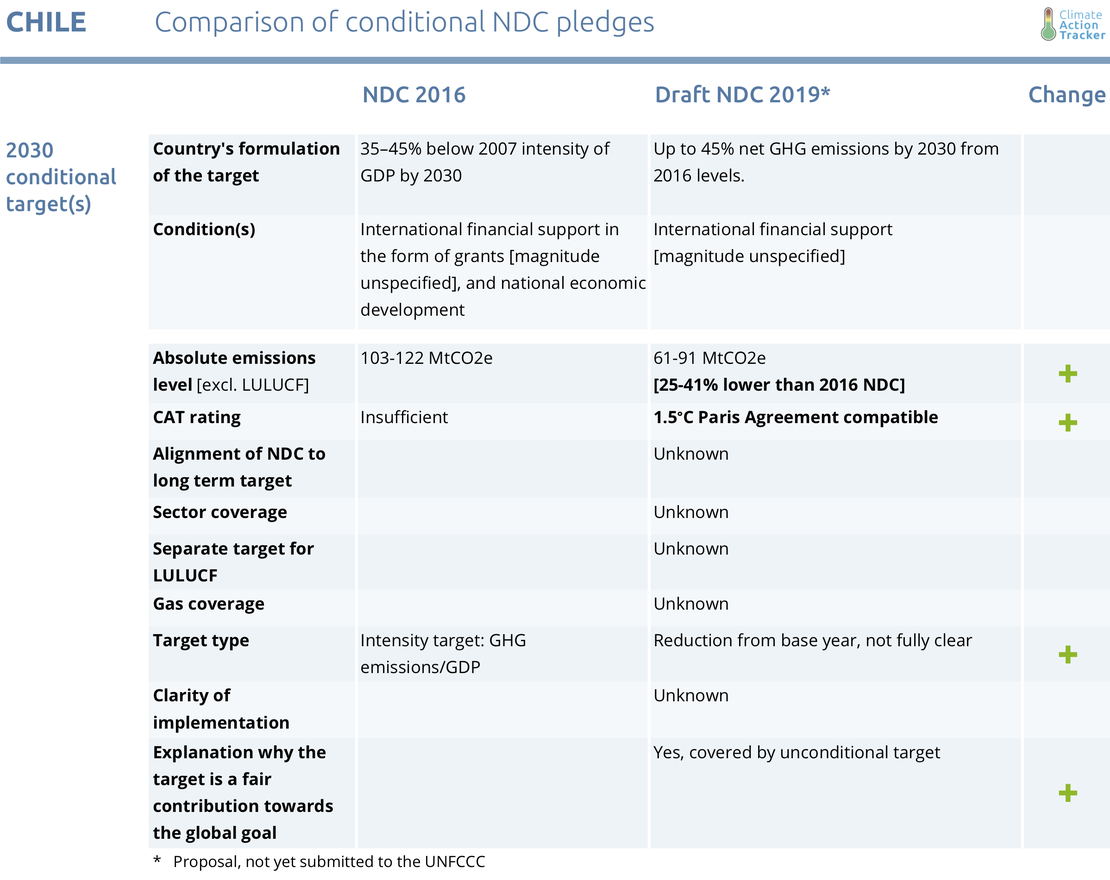 The CAT estimates that by implementing all of its planned policies, Chile could peak its emissions in 2023, which would be earlier than the proposed peak in 2027, this would be a remarkable achievement and set the country up as a front-runner on climate action. Under this scenario the carbon budget between 2020 and 2030 would be 5-9% lower than the carbon budget presented in the draft NDC update document.

The proposed by Chile also contains:

Details of other supporting targets

In its most recent Fifth Assessment Report (AR5) (IPCC, 2014), the IPCC did not provide calculations of Global Warming Potential for black carbon comparable to those provided for greenhouse gases, merely noting the inherent difficulties in doing so and limiting itself to displaying estimates from the pre-AR5 literature.