Russia released its draft 2050 Strategy and a possible NDC target in March 2020. If Russia were to adopt the 2030 target in this Strategy as its updated NDC, the CAT rating would improve from ‘Critically Insufficient’ to ‘Highly Insufficient’. However, this change does not represent real-world action as Russia’s real economy emissions in 2030 are projected to be below the proposed NDC target level.

Scroll down for a detailed analysis of Russia’s NDC update or click the button to view the latest CAT assessment for Russia.

On March 23, the Russian Ministry of Economic Development released a draft of its 2050 Long-term Development Strategy for public consultation. These documents are only available in Russian. The CAT analysis is based on a translated version of this material.

The Paris Agreement entered into force for Russia on 6 November 2019. As Russia did not communicate a new NDC at that time, its intended NDC became its NDC. Under its current NDC, Russia will cut emissions by 25-30% below 1990 levels by 2030 incl. LULUCF (17-22% excl. LULUCF).

According to the CAT latest assessment, Russia’s real-world emissions are projected to be 2142-2205 MtCO2e in 2030 (excl. LULUCF) (33-31% below 1990 levels excl. LULUCF). In other words, the proposed updated NDC would not result in real cuts to emissions. 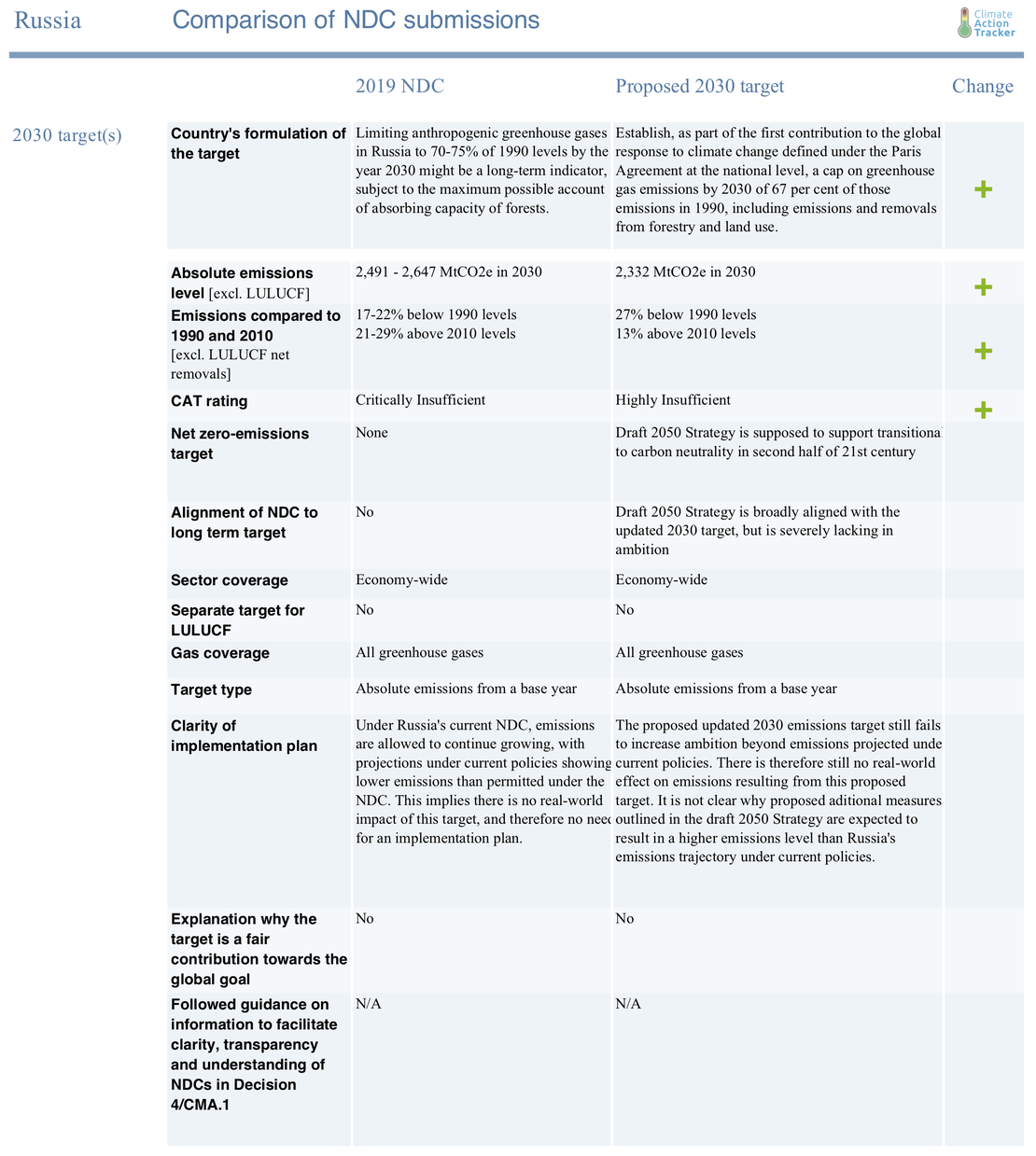