We have set up a framework that assesses and scores a number of indicators, where we rate various aspects of governance. This allows us to establish a common basis on which to compare climate governance across countries as well as identify areas of improvement and highlight positive developments. We have applied this framework at both a national level and on key emissions-intensive sectors of the economy. In Australia's case we have focused on the industry sector.

For the purpose and overview of this series, see our Climate Governance series main page. The methodology framework used for this Australia assessment is here. For more detail on our methodology, see here: methodology page.

Australia is lacking the national political commitment to stimulate the economy-wide transformational changes required for increased climate mitigation ambition. High level government climate leadership is not only absent, but the government is even directly undermining adequate climate mitigation. The quality of government decision making has been hampered by frequent changes in government, and the institutional and policy landscape. These events impede the likelihood of ambitious climate policies and the operations of government entities such as the Climate Change Authority.

Australia’s institutional framework lacks the effective coordination across ministries, agencies and sub-national governments that is necessary for efficient and consistent climate policy. Independent research institutes provide a wealth of knowledge that could inform policy-making decisions. Despite Australia’s high vulnerability to climate change, the government has a history of ignoring the climate research efforts and advice of its independent government agencies such as the Climate Change Authority, universities, non-government research organisations, as well as IPCC assessments. Human resource constraints remain barriers to effective climate governance, as there are few climate-related roles, high rates of staff turnover, and relatively low budget levels, all reflecting a government in clear denial of its climate change commitments.

Australia needs to improve its transparency framework by ensuring the timeliness and transparency of its reporting, including in relation to land based activities, clearly quantifying the projected and actual effect of its mitigation policies, and producing regular reports of how the country is tracking towards the Paris Agreement goals at sectoral, State and National levels. Increased and secured funding for the Climate Change Authority would strengthen its ability to provide independent assessment, review and tracking of mitigation policy. Furthermore, Australia needs establish a ratchet up mechanism to strengthen its current Nationally Determined Contribution (NDC) to become consistent with the Paris Agreement long-term, 1.5˚C temperature goal. To date, the government has ignored the requirement under the Paris Agreement enabling decisions to submit by 2020 a revised and more ambitious NDC for 2030 and did not meet the call by the UN Secretary General and the Pacific Island Forum members to that effect. The government needs also develop a long-term Paris-compatible decarbonisation strategy, which is also to be submitted by 2020.

While there is stakeholder engagement through public consultations on specific aspects of policy, there is a strong focus on the interests of industry - in particular fossil fuel and mining industry groups - when drawing conclusions from these consultations, while ignoring the interests of other stakeholders such as youth, farmers, or the health sector. The government continues to support fossil fuel industries, through initiatives such as the Gas Acceleration Programme and possible new coal-fired power generation, as well as new coal mining, which are all inconsistent with the Paris Agreement and the need for rapid decarbonisation.

We analyse ten different criteria of governance under four categories that cover the key enabling factors for effective climate action. We give each a rating as outlined above (poor - neutral - advanced). The methodology framework used for this Australia assessment is here. For more detail on our methodology in general, click the link below.

These tables from the report give an overview and analysis of the key factors of Australia's governance to enable effective climate action. We look at the country's key institutions, strategies, targets and legislation, as well at a sectoral level for the industry sector. 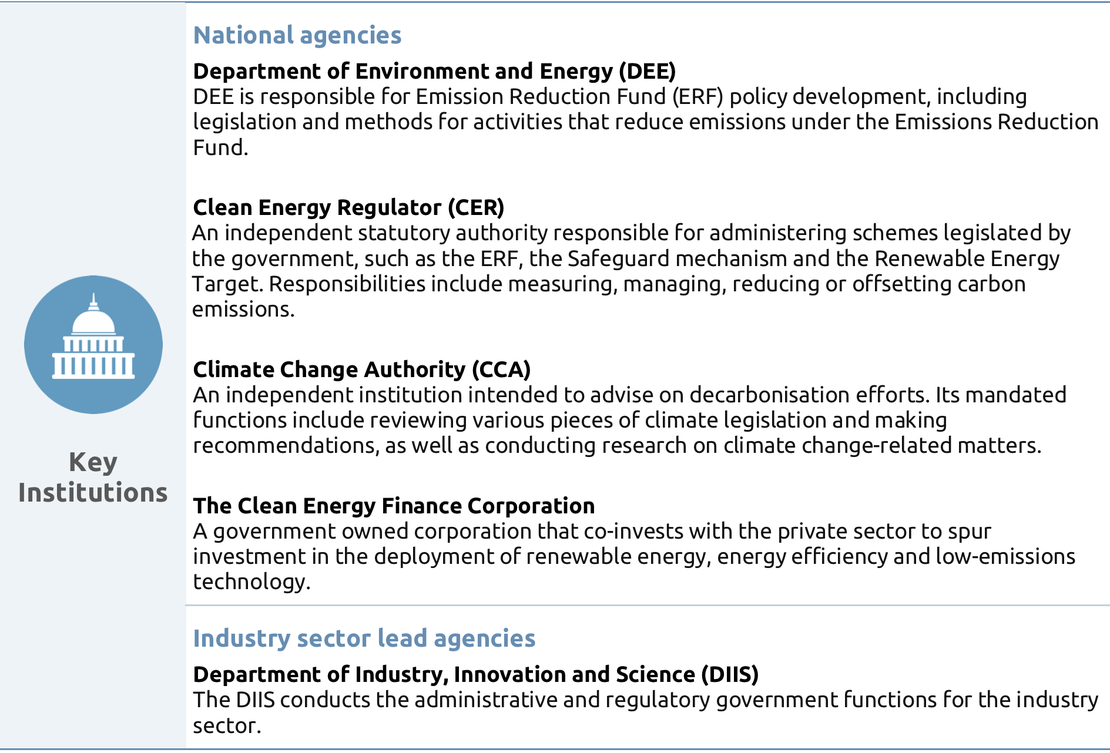 The report also assesses the readiness of Australia's industry. See the report for details.

This report on Australia is part of the CAT Climate Governance series where we look at the governance models of a number of countries. You can use the links below to find the assessments of the other countries as well as information about the series itself and details on how the assessments were carried out. 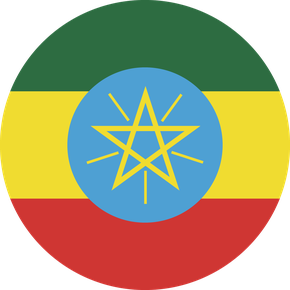 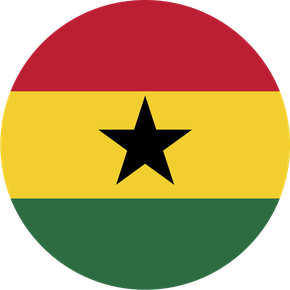