Nigeria’s energy sector plans are at odds with a 1.5°C limit: it wants to expand its domestic, regional and export gas markets. Whilst Nigeria’s policies and targets represent a fair contribution to limiting global warming with its own resources, to actually reduce emissions to a level consistent with 1.5°C it needs to decarbonise its economy and will require international support to do so. Further, the planned reliance on gas can lock Nigeria into emissions-intensive infrastructure that will likely lead to the major stranding of assets and misallocation of investment resources. CAT analysis shows that over the next decade Nigeria can create more than 2.5 times the average job years per MWh if it aligns to a 1.5°C compatible power sector scenario and ditches the gas-based strategy.

Overall, the CAT rates Nigeria’s climate targets and policies as “Almost sufficient”. Our ratings are based on government data; however, it is important to note that government-reported emissions are significantly lower than international sources. While the CAT rates Nigeria’s policies against its fair share contribution, the Energy Transition Plan requires significant international support. When rated against modelled domestic pathways, the ETP would no longer be consistent with limiting warming to 1.5°C.

In August 2022, Nigeria released its Energy Transition Plan (ETP) to achieve the 2060 net zero emissions target that President Buhari announced at COP26; however, the plan relies on significant action after 2030. The government has declared the period to 2030 the “Decade of Gas”.

According to the IEA, no new oil or gas field development is needed to reach net zero emissions (NZE) in 2050. The IEA’s 2022 update on its NZE scenario indicates that African oil and gas production needs to decline by 41 and 13% below 2021 levels by 2030 respectively, and 82% for oil and 78% for gas by 2050. In other words, expanding the availability of oil or gas in Nigeria or anywhere else in the world is inconsistent with limiting warming to 1.5°C and achieving net zero emissions by 2050.

Amid the global energy crisis, European interest in importing natural gas from Africa has surged. This has spurred renewed interest in export infrastructure projects, primarily the Nigeria-Morocco Pipeline, even though new export infrastructure would not be operational in time to counter the short-term impacts of the crisis. Given that momentum is accelerating to replace Russian gas with renewables and efficiency there is a very high risk that these developments will become stranded assets. This is also a missed opportunity for more ambitious near-term action and the development of renewable energy that can boost employment.

Despite increased demand and its intentions to ramp up production, Nigeria has struggled to meet current supply obligations.

In October 2022, Nigeria has been devasted by the worst flooding in a decade, with at least 600 dead and over 1.4 million displaced. The flooding is expected to continue into November. It has also caused the shut down of gas supplies. These extreme events underscore the importance of limiting warming to 1.5°C.

Nigeria’s unconditional target meets its fair-share contribution to limit warming to 1.5°C; however, its condition target is consistent with 2°C of warming when compared to the level of climate action needed within the country.

Our ratings are based on government data; however, it is important to note that government-reported emissions are significantly lower than international sources, largely due to the differences in estimates for energy sector emissions. We strongly urge the government to focus on its inventory and trying to understand the differences between its figures and international sources of data. Our ratings may change in the future if there is a significant revision to emissions data.

CAT estimates that Nigeria’s greenhouse gas emissions would reach 34-54% above 2010 levels excluding LULUCF in 2030 under current policies and including the impact of COVID-19.

In August 2022, Nigeria released its Energy Transition Plan (ETP), put forward as the key strategy to achieving its 2060 net zero target; however, the plan relies on significant action after 2030. President Buhari has declared the period to 2030 the “Decade of Gas”. As Nigeria is currently seeking international support ahead of COP27 to kickstart implementation, we have included the ETP in our planned policies scenario rather than in our current policies scenario.

In response to COVID-19, Nigeria adopted its short-term Economic Sustainability Plan that includes positive climate initiatives such as installing solar power on 5 million homes, but also includes a national gas expansion programme. Globally, unabated natural gas in power generation needs to peak before 2030 and be halved by 2040 below 2010 levels.

In 2021, the government approved the Petroleum Industry Bill to reform the oil and gas sector and attract investment in the sector. While expected improvements in transparency are welcome, new investment into oil and gas infrastructure is not in line with the Paris Agreement temperature limit and will increase the risk of stranded assets. According to the IEA, no new oilfield development is needed if the world is serious about reaching net zero emissions in 2050.

Key steps to reducing the gap between current policies and Nigeria’s NDC targets include progressing towards and ramping up its renewable energy target and halting the expansion of natural gas.

Nigeria did not submit an updated target in 2022.

In its 2021 NDC update, Nigeria committed to reducing emissions by 47% below BAU by 2030, conditional on international support. This is equivalent to an emissions level 1% above to 23% below 2010 levels excluding LULUCF by 2030. While this is a strong conditional target, Nigeria will need to strengthen its policies to make sure it has the enabling conditions in place to meet the target, in addition to receiving international support.

The CAT rates Nigeria’s 2030 conditional target as “Almost sufficient,” a rating that indicates that Nigeria’s internationally supported target in 2030 is not yet consistent with the 1.5°C temperature limit but could be, with moderate improvements. If all countries were to follow Nigeria’s approach, warming could be held below—but not well below—2°C.

Nigeria’s conditional target spans the CAT’s "Almost sufficient" and 1.5°C compatible ratings. The large target range is due to uncertainty around the extent to which Nigeria plans to rely on the land sector in meeting its target. Further clarity from Nigeria on this may result in a 1.5°C compatible target.

The fair share literature for Nigeria is sparse and some equity categories have few data points. As a result, the upper bound of Nigeria’s fair share range is dominated by a handful of studies. This high range is not reflective of the majority of the literature, which indicates more stringent emission reductions. Future equity studies may help to improve the fair share analysis for Nigeria.

In November 2021, Nigeria passed the Climate Change Act that seeks to achieve low greenhouse gas emission, and green and sustainable growth by providing the framework to set a target to reach net zero between 2050 and 2070. The Act includes provisions to adopt National Climate Change Action Plans in five-year cycles. The Action Plans, produced by the National Council on Climate Change established by the Act, are meant to ensure national emissions are consistent with a carbon budget. The carbon budgets are to be set by the federal ministries responsible for the environment and national planning and periodically reviewed.

It is unclear if the government is on track to achieve the initial deadlines set in the Act. Under the Act, the first Action Plan and the pilot carbon budget should be published by November 2022; however, the Director General of the National Council on Climate Change, who is expected to drive implementation of the Act, was only appointed in July 2022.

At COP26, President Buhari further committed to net zero emissions by 2060, which would be in line with the Climate Change Act. Nigeria’s Energy Transition Plan, released in August 2022, was developed to serve as the pathway towards achieving the 2060 net zero target. Nigeria has also launched a long-term vision to 2050, which is expected to inform the development of their Long-Term Low Emission Development Strategy. As the Act only sets the framework for adopting a net zero GHG target between 2050 and 2070, the final net zero target could improve on several elements. In particular, the target should clarify emissions coverage and the role of carbon removals in achieving the target. We evaluate the target as “Average”.

The full net zero target analysis can be found here. 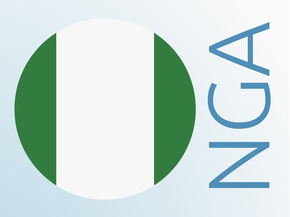