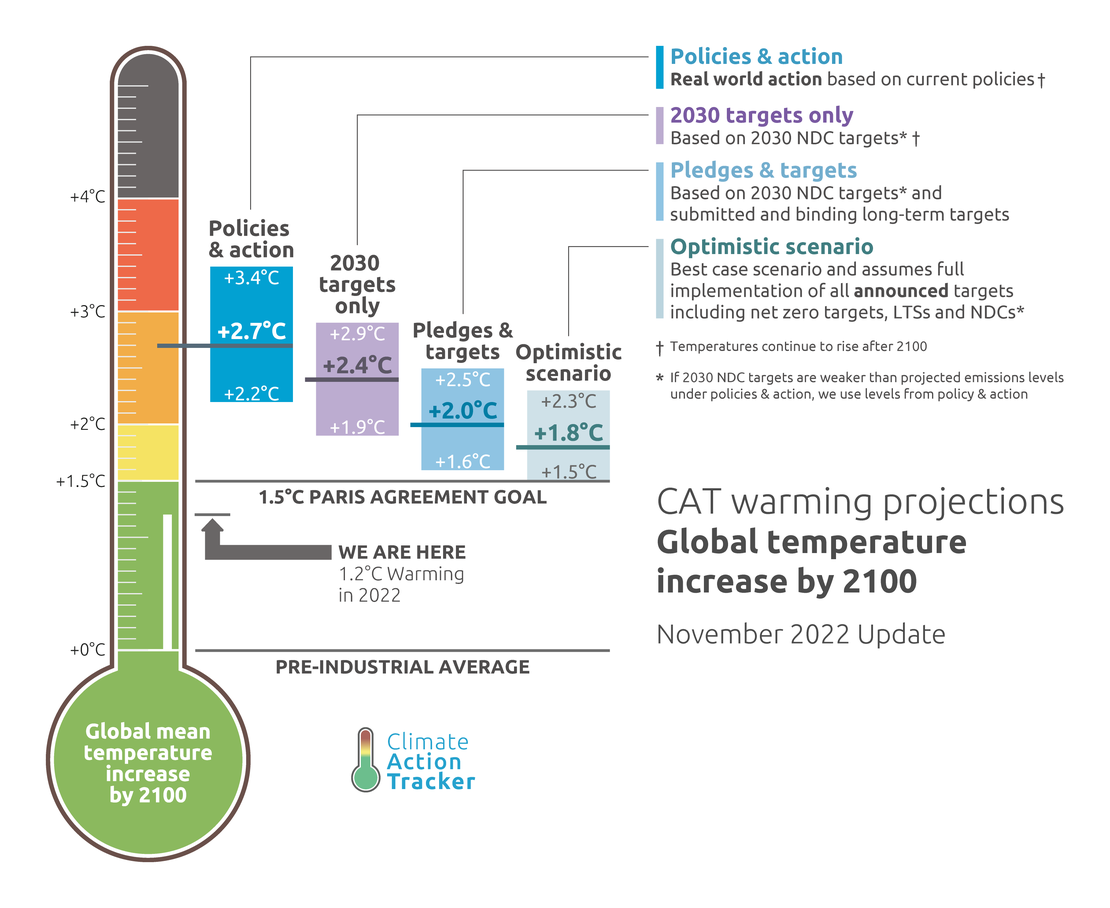 The temperatures on the CAT thermometer are ‘median’ warming estimates in 2100. This means that there is a 50% chance that the calculated temperature would be exceeded if the given emissions pathway is followed.

For example, there is a 50% chance that warming associated with our pledges and targets scenario exceeds 2.0°C in 2100.

The ‘median’ is based on the probability distribution generated by the climate model (MAGICC7) when it takes into account uncertainties in our knowledge of climate sensitivity, the carbon cycle, and effect of greenhouse gases, aerosols, and other factors that are used to calculate the temperatures. The probability distribution enables us to provide more information for policy makers and stakeholders about the likelihood of goals being met, or specific temperatures being exceeded.

The CAT has also analysed the effect of net zero emission targets adopted or under discussion in around 140 countries and found that median warming could be as low as 1.8˚C by 2100. While an estimate that comes under the 2°C level is an important milestone, it must be stressed that this is based on only a 50 / 50 chance that warming will indeed be limited to 1.8°C by 2100 and 1.9°C at its peak within the century.

[1] For weak targets, we take a country’s estimated 2030 level under current policies, if that level is lower than the target.

For more information on the global emission pathways and how they are calculated, please see refer to our methodology section.

For the latest on NDC updates, please refer to our Climate Target Update Tracker.

If you use the provided data or any of the graphs provided on this website, please make sure to reference the Climate Action Tracker and the Climate Analytics / NewClimate Institute team!