The CAT Climate Governance series seeks to produce a practical framework for assessing a government’s readiness – both from an institutional and governance point of view – to ratchet up climate policy and implement adequate transformational policies on the ground, to enable the required economy-wide transformation towards a zero emissions society.

We have set up a framework that assesses and scores a number of indicators, where we rate various aspects of governance. This allows us to establish a common basis on which to compare climate governance across countries as well as identify areas of improvement and highlight positive developments. We have applied this framework at a national level.

Kenya’s political commitment to climate change mitigation issues is evident - the President and line ministries support climate mitigation action. However, leadership from the head of state and leading institutions could take a more proactive stance on scaling up climate action domestically and drive the transition to a zero emissions economy and society. Greater autonomy and power for the Climate Change Directorate would further advance the development and implementation of climate mitigation policies aimed at Kenya’s zero emissions transition.

The institutional framework of Kenya is clearly defined and enshrined in law, but the coordination between ministries, and between national and county levels is not yet effective. As a result, climate change and the fulfilment of national climate change mitigation targets are not consistently included in all sectoral plans. While the national climate change lead agency has qualified staff, its budget is insufficient to enable effective implementation of some statutory tasks, such as the analytical support to sector ministries, which could be improved.

Evidence suggests that efforts are underway to establish processes for climate policy development, implementation and review. However, Kenya does not yet have long-term emissions reduction strategies and targets. While the contours of a comprehensive transparency framework in line with the country’s climate law are in place, these are not yet widely applied across sectors. It is therefore difficult to assess the effectiveness of policy measures being implemented and whether the sectors’ contours are on track to meet their targets. Whether domestic climate action becomes progressively more ambitious will be seen once the country has published its revised NDC, which is currently under development.

The Kenyan Government has shown a moderate approach to stakeholder engagement. While policy documents acknowledge the importance of public awareness and the government regularly involves stakeholders in planning processes, there is scope to improve public participation and access to information. In particular, actors who would profit from the transition to a zero emissions society and those who live in marginalised areas have limited influence on decision-making processes.

There have been no substantial developments in Kenyan climate governance since the publication of the National Climate Change Action Plan (NCCAP) 2018-2022, which was included in the CAT’s last assessment for Kenya. The government is still in the process of implementing the climate governance structures set out in the 2016 Climate Change Act. Further, the Kenyan Government plans to publish its updated NDC in the coming months, and has initiated the process of developing the country’s "2050 Long-Term Greenhouse Gas Strategy and Carbon Resilience Development Pathway under the Paris Agreement". The updated NDC and the Long-Term Strategy (LTS) will reveal whether the structural and institutional measures that have been established will result in adequate climate mitigation action. Similar to Kenya's 2030 Vision and the President's Big Four agenda, climate change or transition-related aspects are also not a priority in the country's economic stimulus program, which is intended to support vulnerable citizens and companies affected by COVID-19.1

1 The analysis for this report was completed in October 2020.

These tables from the report give an overview and analysis of the key factors of Kenya's governance to enable effective climate action. We look at the country's key institutions, strategies, targets and legislation. 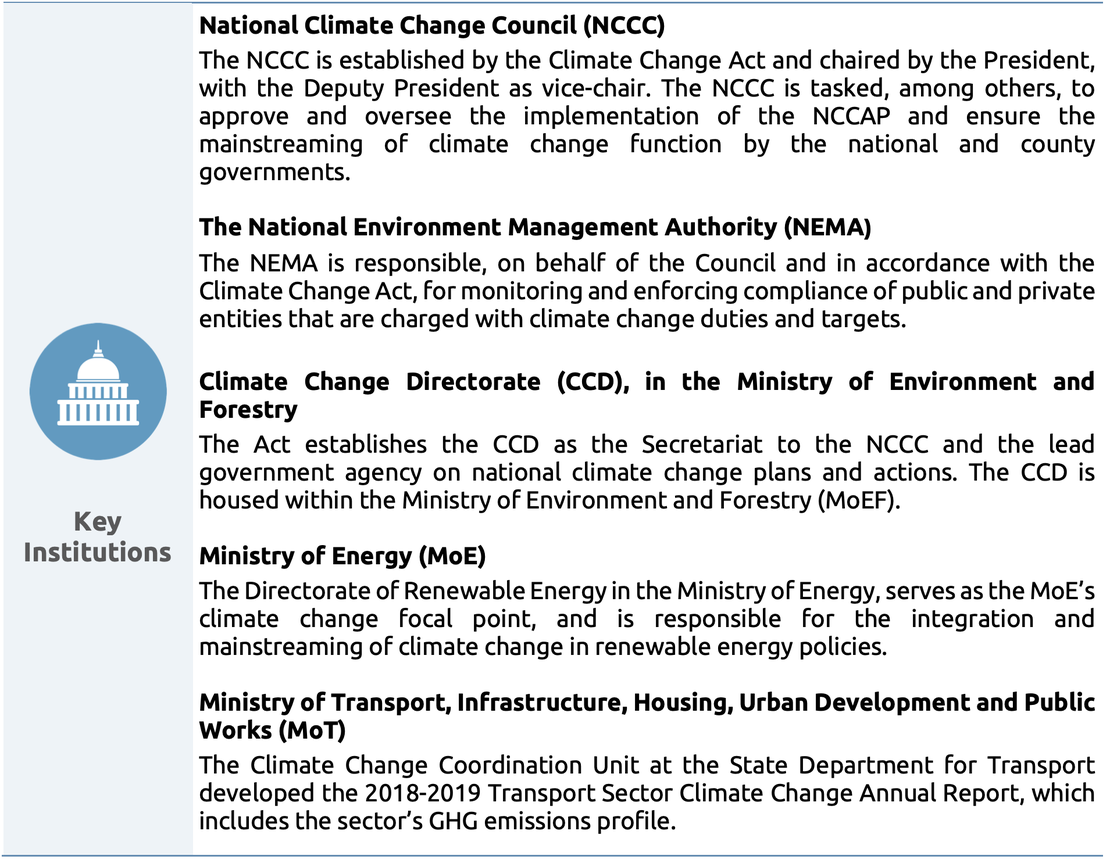 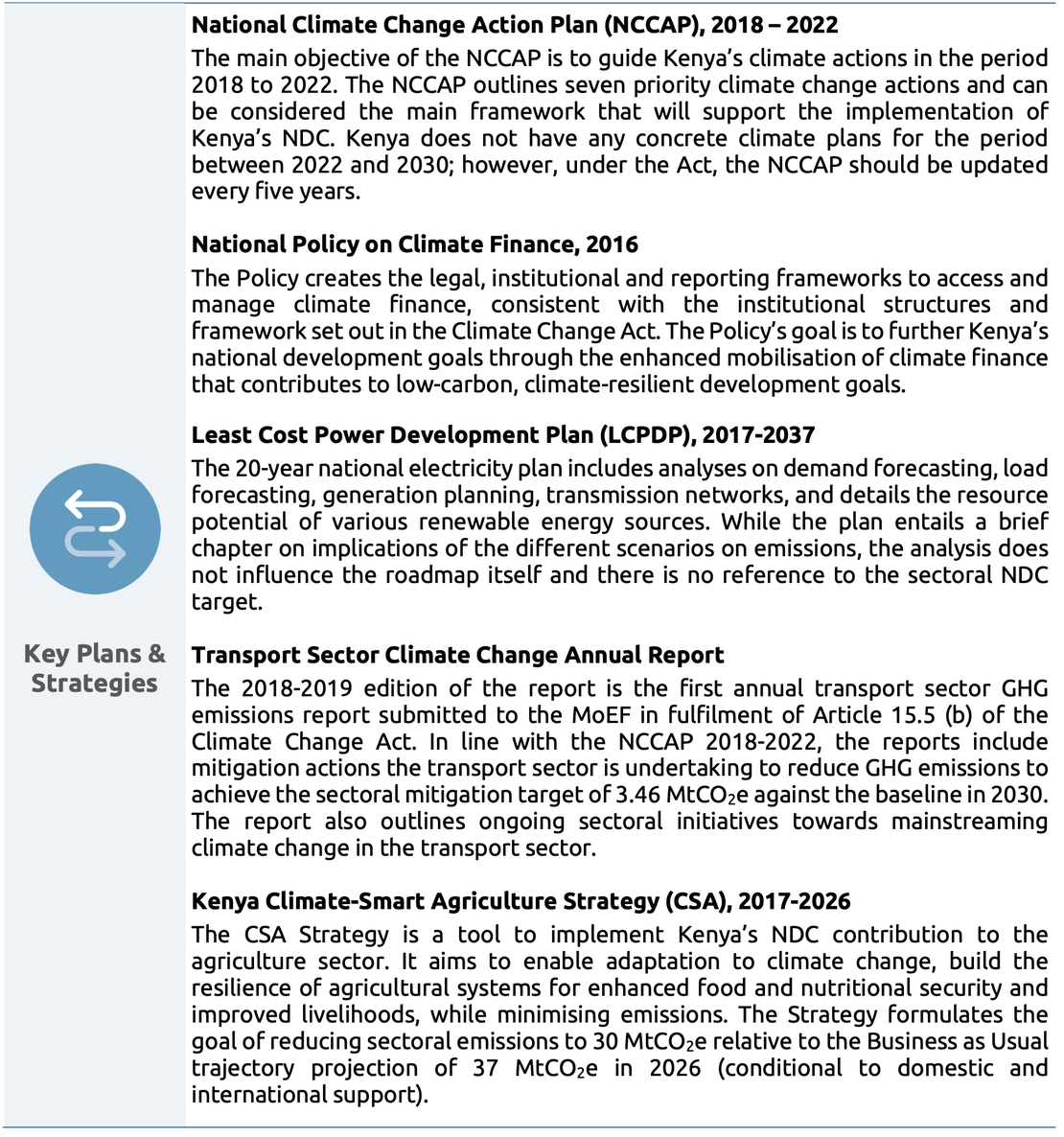 Our 2019 assessment of Kenya's climate governance is available here.