The building sector accounts for around 20% of climate-changing emissions, and its energy demand is likely to double by mid-century without action, according to a Climate Action Tracker (CAT) analysis released today.

While the technologies required to make new buildings zero-emissions are all available, the sector is not taking up those technologies as fast as it could and renovation rates are low, says the analysis. Delayed action would put pressure on other sectors to cut emissions, or require negative emissions to keep global warming within the Paris Agreement’s temperature limit.

The CAT analysis of the building sector is the second in the CAT’s decarbonisation series [1] that examines specific energy-intensive sectors. It looks at how emissions can be reduced to be in line with the Paris Agreement’s warming limit.

The CAT analysis sets out a 1.5°C-compatible scenario that would see all new buildings zero-energy in the OECD by 2020 and by 2025 in non-OECD countries, combined with very high rates of deep renovation of older buildings. This would enable the sector to almost completely phase out emissions by mid-century, in line with a 1.5°C pathway.

“We have to start building ‘Paris Agreement-proof’ buildings today,“ said Karlien Wouters of Ecofys. “Given the long lifetimes of buildings, rapid action is especially important in this sector. Any inefficient buildings we construct today will have to be renovated at greater cost later, adding to the challenge we’re already facing in renovating the majority of the existing building stock.”

From 1990–2010, emissions from buildings more than doubled, and now represent 20% of global emissions. Under current policies, energy demand from the building sector is expected to be 50 percent higher in 2050 compared with 2010.

Past growth has overwhelmingly come from increased electricity use. This is mainly driven by population and economic growth, improved access to electricity, and higher use of electrical appliances and space cooling resulting from increasing living standards, especially in developing countries.

These trends will continue in the future, and the way to reduce these indirect emissions is through renewable energy on the supply side, and through improving building and appliance efficiency on the demand side. Much higher efficiency of electricity and energy use will result in lower emissions.

“The continued growth of emissions in the building sector is in direct contrast with the maturity of the technological solutions available—the tools have been there for decades, but the sector’s using them far too little,” said Sebastian Sterl of NewClimate Institute.

The developing world has far lower emissions from buildings per capita, but in both China and India, emissions are rising fast. For China, for example, this growth needs to be curbed within the next 15 years if China wants to avoid overshooting 2°C, and even earlier to stay on a 1.5°C-compatible pathway.

The barriers to transforming the building sector are largely financial, with higher up-front investment costs (but lower running costs), and incentives and regulatory support are required. Another barrier is the landlord-tenant issue, where the landlord doesn’t get a direct benefit from reducing a building’s energy use. This calls for innovative financing schemes.

“Any delayed action in the building sector will put additional pressure on emission reductions in other sectors such as industry or transport, and could increase the need for negative emissions technologies later this century” added Marcia Rocha of Climate Analytics.

Scaling up action in the building sector provides opportunities for achieving and raising ambition of the emissions targets laid out in countries’ (Intended) Nationally Determined Contributions.

1 | The first was an analysis of the Transport Sector, published in September. 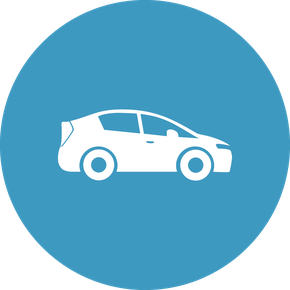