Please note this is our assessment from 2019, for our more recent 2021 assessment click here.

We have set up a framework that assesses and scores a number of indicators, where we rate various aspects of governance. This allows us to establish a common basis on which to compare climate governance across countries as well as identify areas of improvement and highlight positive developments. We have applied this framework at both a national level and on key emissions-intensive sectors of the economy. In Indonesia's case we have focused on the electricity supply sector.

The assessment of high-level government leadership as well as the quality of government decision making in Indonesia shows moderate political commitment to climate mitigation, but the need to scale up climate action is not a common element of the president’s discourse.

While there has been continuity between various administrations regarding the general direction of climate mitigation policy, reducing greenhouse gas emissions is not a top priority and has largely focused on the forestry sector instead of on the need to decarbonise the energy system.

Coordination mechanisms do exist, but a stronger focus on climate mitigation and consistency of targets and policies across ministries is necessary. There is not a high-level focal point within all relevant line ministries. Indonesia lacks an independent institution to advise the government on decarbonisation measures and country specific analysis is not yet suited to adequately promote mitigation options.

There is significant room for improvement in Indonesia’s processes for policy development, implementation and review. The government has not defined a Paris-compatible decarbonisation pathway and lacks comprehensive climate mitigation legislation. While it has established a transparency framework, it could improve on its ability to monitor progress towards its NDC and needs to introduce a ratcheting-up mechanism to scale up its ambition.

Ambitious climate policy is at risk of being undermined by the close ties between the government and the coal industry as well as the palm oil sector. Survey data suggests that more work is needed to engage the public in climate action.

We analyse ten different criteria of governance under four categories that cover the key enabling factors for effective climate action. We give each a rating as outlined above (poor - neutral - advanced). The methodology framework used for this assessment is here. For more detail on our methodology in general, click the link below.

These tables from the report give an overview and analysis of the key factors of Indonesia's governance to enable effective climate action. We look at the country's key institutions, strategies, targets and legislation, as well at a sectoral level for the electricity supply sector. 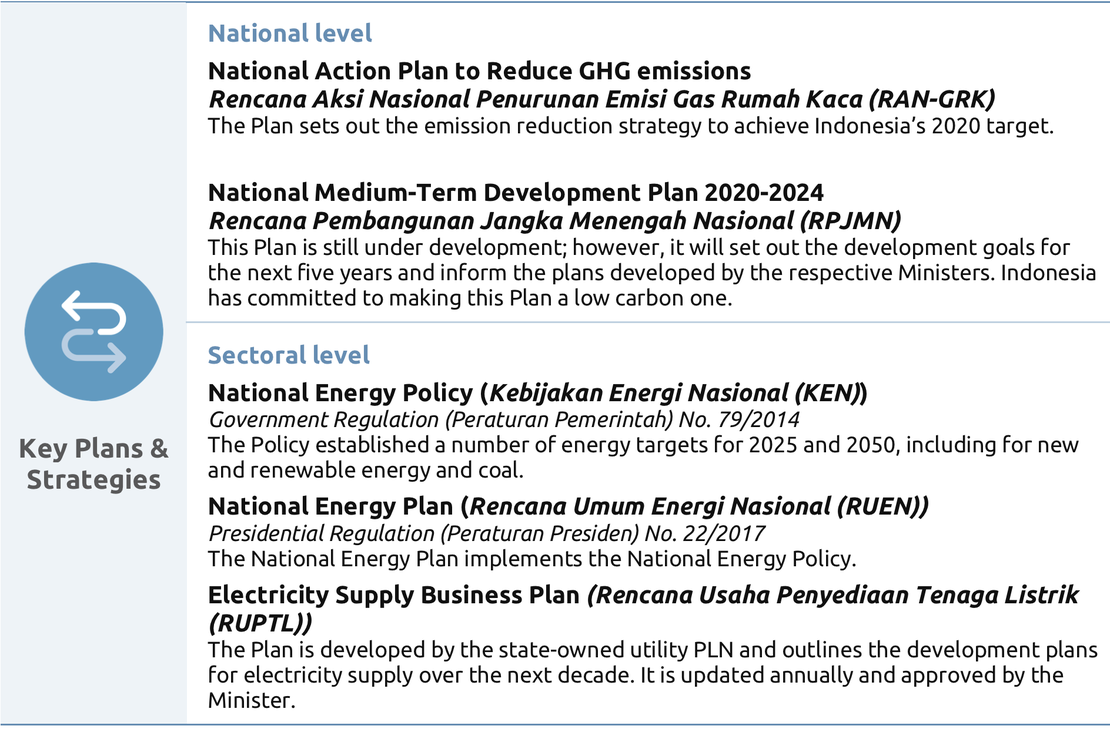 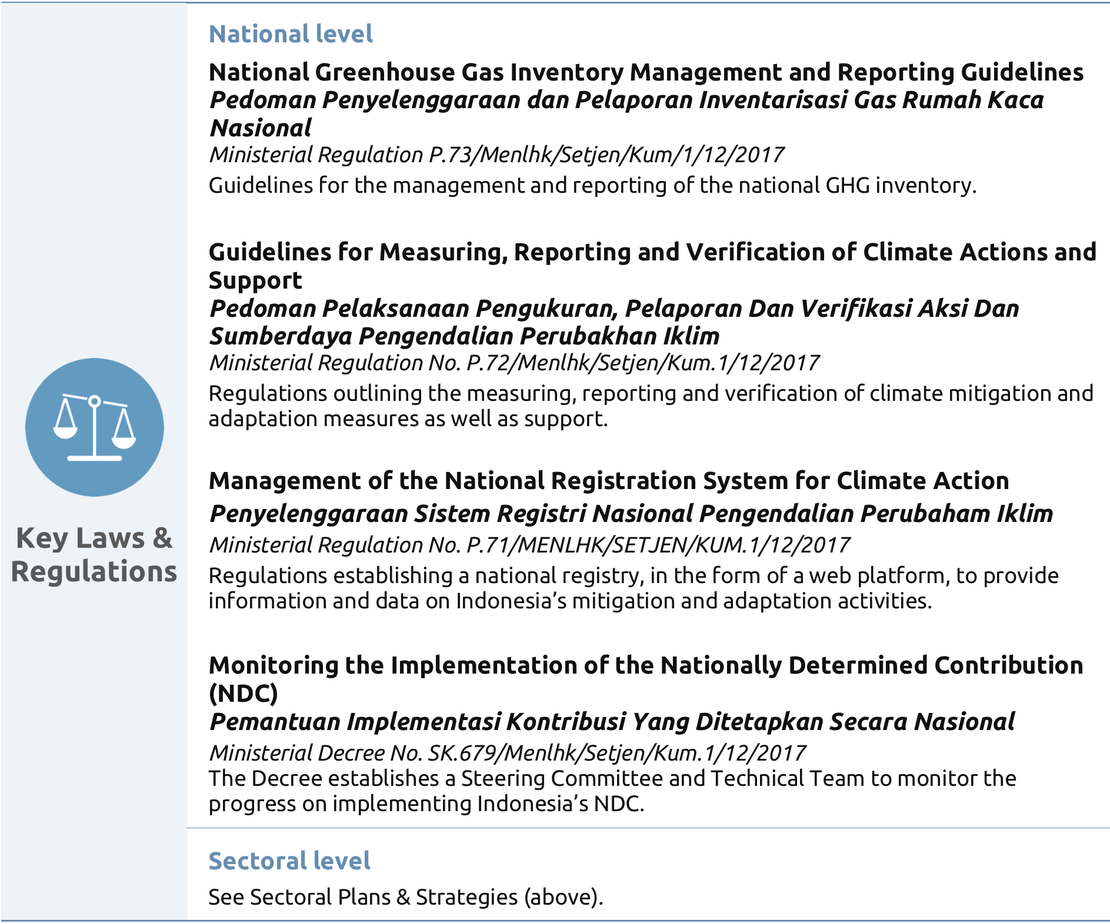 The report also assesses the readiness of Indonesia's electricity supply sector. See the report for details.