We have set up a framework that assesses and scores a number of indicators, where we rate various aspects of governance. This allows us to establish a common basis on which to compare climate governance across countries as well as identify areas of improvement and highlight positive developments. We have applied this framework at both a national level and on key emissions-intensive sectors of the economy. In South Africa's case we have focused on the electricity and heating sector - and the industry sector.

For the purpose and overview of this series, see our Climate Governance series main page. The methodology framework used for this South African assessment is here. For more detail on methodology, see here: methodology page.

South Africa’s national political commitment towards ambitious climate mitigation is evident, but leaves space for improvement. Leadership from the head of state and leading institutions could take a more substantive approach to raising policy ambition domestically, while the national climate agenda could also be expedited with increased autonomy and authority for the climate change lead agency. Passing of legislation critical for effective climate action, such as the Climate Change Bill currently under consideration by Parliament, would help clarify roles.

South Africa has not yet developed a Paris-compatible decarbonisation pathway, although it has a foundation in place to do so. The formalised development of an Enhanced Transparency Framework mechanism and ratchet-up mechanism is in progress, and components of the systems are already in operation.

In general, the government encourages broad buy-in of non-state actors in its stakeholder engagement processes but has not yet addressed the needs for a just transition, which has led to growing concerns against a shift from a coal-reliant economy. Non-state actors with opposing perspectives on climate policy have been able to drive their particular agendas.

We analyse ten different criteria of governance under four categories that cover the key enabling factors for effective climate action. We give each a rating as outlined above (poor - neutral - advanced). The methodology framework used for this South African assessment is here. For more detail on our methodology in general, click the link below.

These tables from the report give an overview and analysis of the key factors of South Africa's governance to enable effective climate action. We look at the country's key institutions, strategies, targets and legislation, as well at a sectoral level for the electricity & heating and industry sectors. 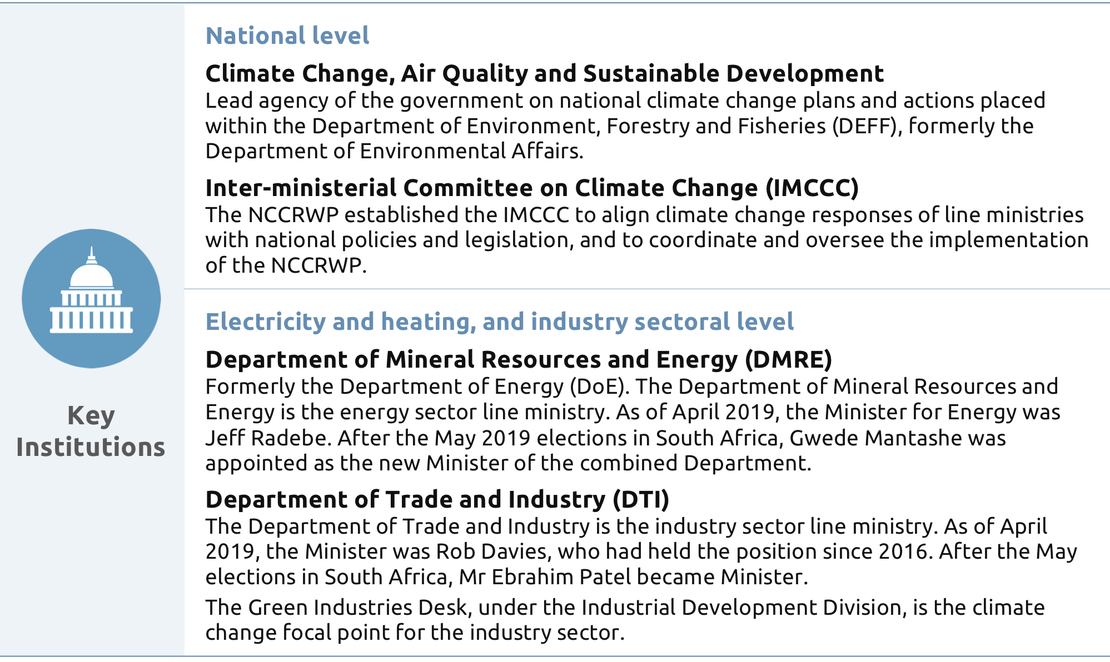 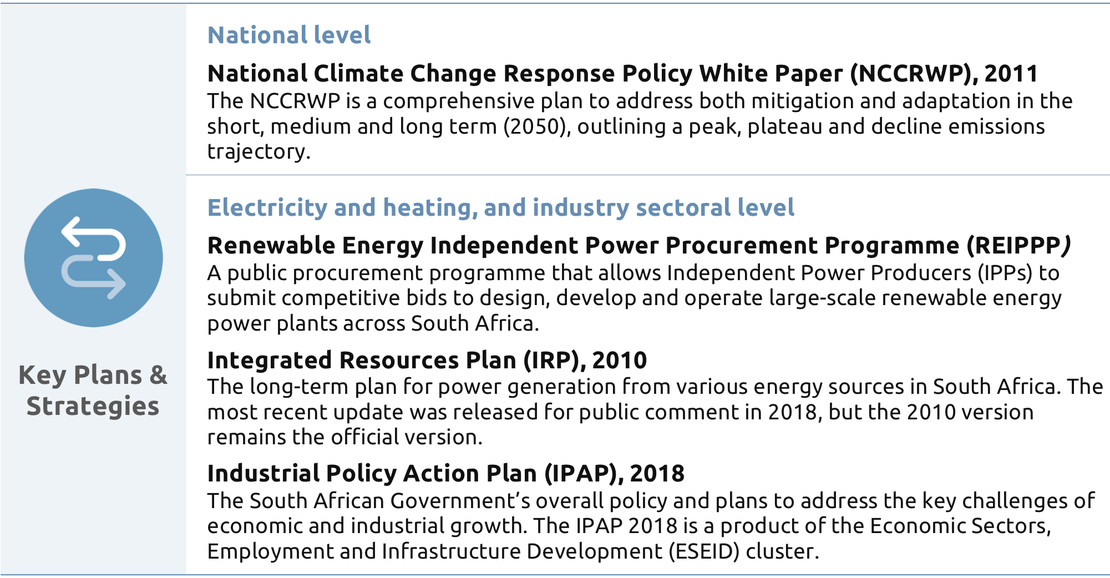 The report also assesses the readiness of South Africa's electricity and heating sector - and industry. See the report for details.

A more recent version of our climate governance assessment for South Africa is available here.